A trip across the mainland of Greece 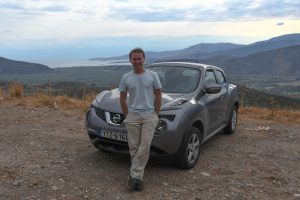 Our Greek road trip was divided into four stages: Thessaloniki-Meteora-Delphi-Athens. 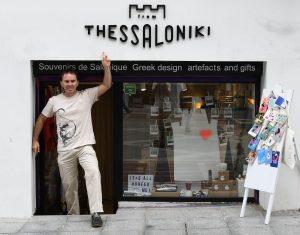 After our arrival on the airport of Thessaloniki in the north of Greece, we drove into the heart of the second biggest city of the country.

The first lesson I learned on this trip to Greece was the traffic. It was very hard to find a parking spot near our hostel.

Where on earth can I park? For Thessaloniki is indeed the city of the car. Traffic chokes the roads and there are parked cars everywhere.

If anywhere is remotely park able, there will be a car parked there and, out of necessity, cars are frequently double and triple parked.

Built near the sea Thessaloniki is a modern metropolis built near the sea. We were impressed by its history and its cosmopolitan character, which give it a special beauty and charm.

There are so many things to see but if I have to talk about one, it’s The White Tower, the hallmark of the city.

This tower dates from the XVI century and it’s about 35 meters high.

It was built as part of the city’s fortification and it has changed its name many times since its construction. 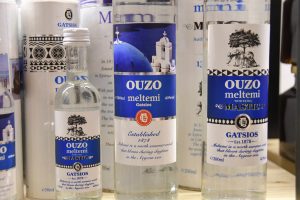 The next day we started the 500 Km drive from Thessaloniki to Athens. We have spent 2 days in the area of Meteora. 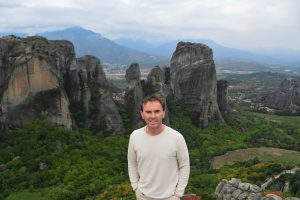 The monasteries of Meteora are perched on the tops of beautiful and improbable rock formations.

There are a number of walking routes which can be used to get from one monastery to the other,

but the car gave us a little more freedom and access to better viewpoints. 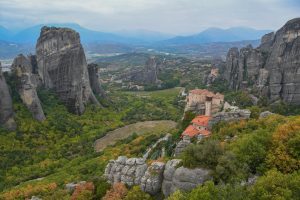 After spending the day at Meteora, we then drove on to Delphi.

Delphi is said to be the centre of the world. When we visited the site, we found some almost ruined temples and an interesting museum.

Even I ‘am not really in connection with the Greek history and culture I was touched by the site of Delphi.

The town is a small place you wouldn’t have guessed this was considered the center of the world by the ancient Greeks.

Then we get to the archaeological site and I see the grandeur that once existed in this area.

The remaining ruins of Delphi were very impressive, such craftsmanship and detail. And the view from the site was extraordinary.

I would definitely recommend that everyone visiting Greece try to make it to Delphi it is a unique experience. 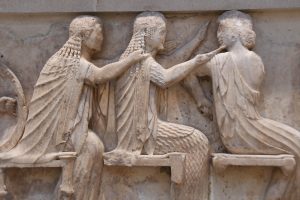 The Greek road trip took us the next day to the Capital of Greece, our final destination: Athens.

For long time it was on my list of places to see and If you haven’t had the chance to visit Athens, I would encourage you to do so. 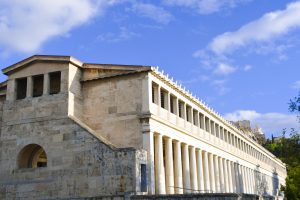 There are plenty of things to do in Athens, but I would start with a visit to the Acropolis–a city on a hill that is inaccessible from all sides except the west where the entrance is located.

On the Acropolis are the remains of several buildings of historical and architectural importance, most notably the Parthenon.

This huge temple dedicated to Athena, the beloved goddess of the Athenians, constructed entirely out of marble.

What many scholars described as nothing less than the symbol of Western Civilization. 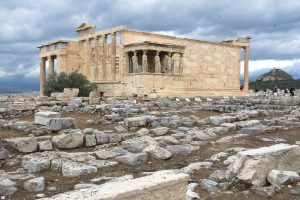 We did a free walking tour in Athens and our guide was amazing.

We’ve learned about the city that has over 3000 years of history.

My friend Fabrice and I discovered all the facts, myths and secrets of the city’s hidden gems. 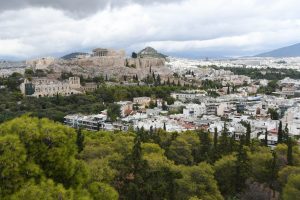 Despite the economical problems Greece has been through the past years, I think it’s tourism is looking good.

Greece is an inspiring, beautiful country and the food is nice.

Our roadtrip across the mainland of Greece was a pleasant introduction to this small country with a huge history! 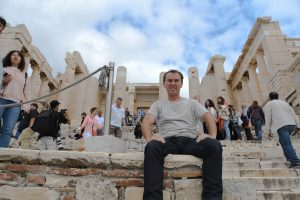